In Call of the Wild by Jack London, Buck is finding a way to survive among the other viscious dogs in an extremely wretched landscape. The drastic change in personalities that Buck has when he is with his rightful owner compared to when he his with other competitive dogs is very interesting to observe. Currently I am interested in analyzing how one’s environment can affect their behavior and attitudes for the better or worse. In order to highlight this change in behavior, London comments, “In this manner had fought forgotten ancestors. They quickened the old life within him, the old tricks which they had stamped into the heredity of the breed were his tricks” (London 31). This quote demonstrates that even though Buck was accustomed to his comfortable life on Judge Miller’s ranch, his sudden change in environment triggered an instinctual behavior to survive.

The most interesting part of the story is the way London decides to end it. When Buck avenges the death of one of his owners, he is given a choice to either remain in the wild or go back to his comfortable life with Judge Miller. Shockingly, Buck is consumed by his evolutionary behavior and decides to continue to go through the misery he suffers in the wild instead of returning to his previous heaven-like life with Judge Miller. Buck’s decision showed that even in domesticated dogs there is a desire to connect with their ancestors. 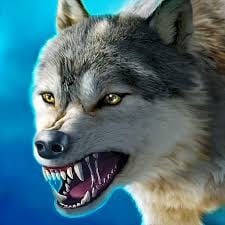 2 thoughts on “A Change of Environment”